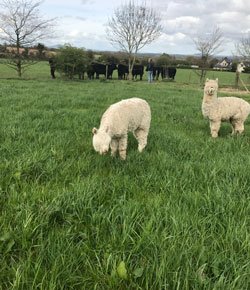 By Paula Ronan
News, On the Farm

The Name’s Jerome, Gypsy and Jerome 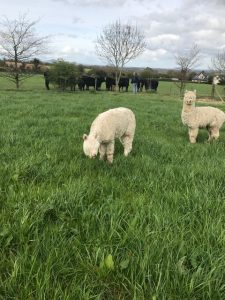 If you have grown up feasting on the stories from Roahl Dahl, you’ll know that the clever Mr Fox loves a chicken.  You’ll also know the clever Mr Fox, is a clever trickster and will try everything he can to get into the chicken houses.  Whilst we’re as far removed from Mr Boggis as you can possibly be (we most definitely do NOT eat “… three boiled chickens smothered with dumplings every day for breakfast, lunch and supper.”) we do still have the same battles with the clever Mr Fox as Boggis Bunce and Bean.

Having so many chickens and ducks on the farm we were finding that we were a natural target for the foxes in the neighbourhood, and we were losing chickens, and those that were left were nervous and unhappy and it was affecting their scratching and egg laying.  We were very concerned, as you know having a happy chicken and a happy duck makes a happy farmer.

Ah Gypsy and Jerome we’ve been waiting for you

Always on the lookout for natural and eco-friendly alternatives we introduced our alpacas Gypsy and Jerome to the chickens on Regan Farm.  An odd choice you may think – but it turned out to be the right one for us.  Whilst they are disguised as another cute farm animal for our visitors to call in on – they are part of Regan Farm Secret Service, always on the look out for foxes and courageously protecting our chickens and ducks from attack.

Here’s the science bit.  Back in their native South America baby or weak alpacas are picked off by foxes, and as a result the alpacas have a very healthy dislike of foxes (and other rogue canines) bred into their instincts.  They will work as a team to chase off any foxes found on their patch and anywhere near their herd.

A neutered male alpaca, a Wether, has no interest in breeding and will spend all his energy protecting his herd, they will happily accept flocks chickens, ducks and herds of sheep as ‘their’ herd.  As a prey animal themselves they are always alert, have amazing hearing and are fast, very fast.  They can easily outrun a fox and will give chase making unique growling noises and spitting.  If they manage to corner a fox, they will kick out at it with their front legs; happily, we’ve never seen that happen.  Often the smell of alpacas in the vicinity will keep foxes away, and we have found that to be the case here.

Visiting with Gypsy and Gerome

Our boys, Gypsy and Jerome, claimed our flock of chickens as their own herd and have been guarding them since we introduced them to Regan Farm in 2017.  They aren’t aggressive, so if you do visit our farm and see Gypsy and Jerome they won’t spit at you, but they aren’t overly fond of being touched either, and much prefer to be admired from afar. 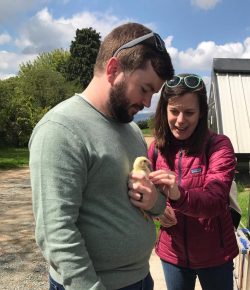 There’s a Welcome Here for You 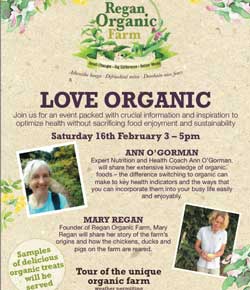 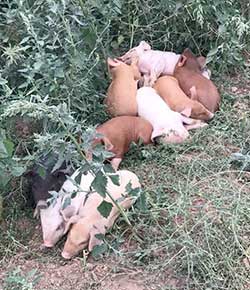 You can shop and order our fresh organic produce to be delivered directly to you or collected here at the farm.
We deliver our organic produce nationwide every Thursday, so orders must be in by 12pm Monday for delivery the same week.
Delivery is €15 per parcel, up to 20kg in weight.
Delivery is charged at cost to cover ecofriendly, reusable wool insulation to keep meat at the right temperature and pay for the courier. 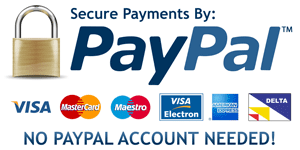 IMPORTANT - ORDERING AND DELIVERY DURING LOCKDOWN
Please phone Helen Regan on 086 6047450 BEFORE paying for any order online so that we can advise you of possible arrangements.
#stayhome #staysafe #staywell
We use cookies to ensure that we give you the best experience on our website. If you continue to use this site we will assume that you are happy with it.OkNoPrivacy policy